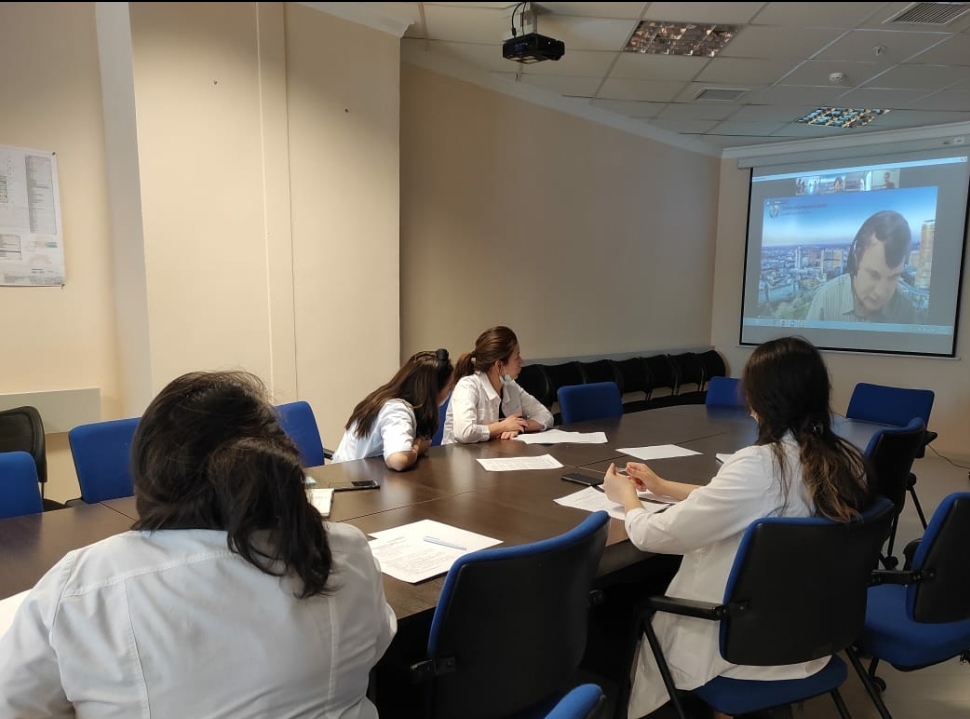 The German side was represented by the Director General of the West German Cancer Center, Dr. Stephan Palm, Professor Dirk Schadendorf, Coordinator for Cooperation and Reporting Wiebke Bomholt.

The agenda of the meeting is the training of specialists from the domestic oncological service on the basis of the West German Cancer Center, which is being implemented within the framework of the International Bolashak Program. In particular, the issues of training specialists of a technical profile - physicists, to support the work of the Center for Proton Therapy, as well as training of doctors, including specialists in cytology and pathomorphology, one of the most important, fundamental areas in oncology, on the basis of which an effective tactics of treating patients is formed ...

During the meeting, foreign colleagues were presented with a presentation of the project of a new cancer center under construction and the main areas of activity were announced, for the effective implementation of which, the training of cancer service specialists on the basis of the specified strategic partner is envisaged.

The parties in a constructive manner exchanged views, discussed the prospects for mutual cooperation and expressed interest in building up joint efforts in terms of the development of the oncological service in Kazakhstan.